Skip to content
HomeDo I need to fix the problem? 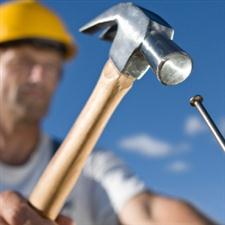 The book of Habakkuk provides a great model for helping people with their problems. The short book begins with Habakkuk voicing his complaint to the Lord, who appears to be indifferent to the sin that is all around. God responds by saying that things are going to get worse. The Chaldeans were coming to destroy the people of Judah. Habakkuk’s problem wasn’t solved. In fact, it was made worse. And yet, Habakkuk leaves the book in better shape than he entered, because, in the end, he is trusting in the Lord.  He says, …

Though the fig tree should not blossom
And there be no fruit on the vines,
Though the yield of the olive should fail
And the fields produce no food,
Though the flock should be cut off from the fold
And there be no cattle in the stalls,
Yet I will exult in the Lord,
I will rejoice in the God of my salvation. (Habakkuk 3:17-18).

In other words, Habakkuk is ready to trust in the Lord, even if everything in his life crumbles around him, which actually happened in 586 B. C. with the Babylonian invasion.

Back to the counseling question. I may not be able to fix the problems that people bring to me. But, I can direct them to what will help them through the trials: faith in God. To this end I will labor.